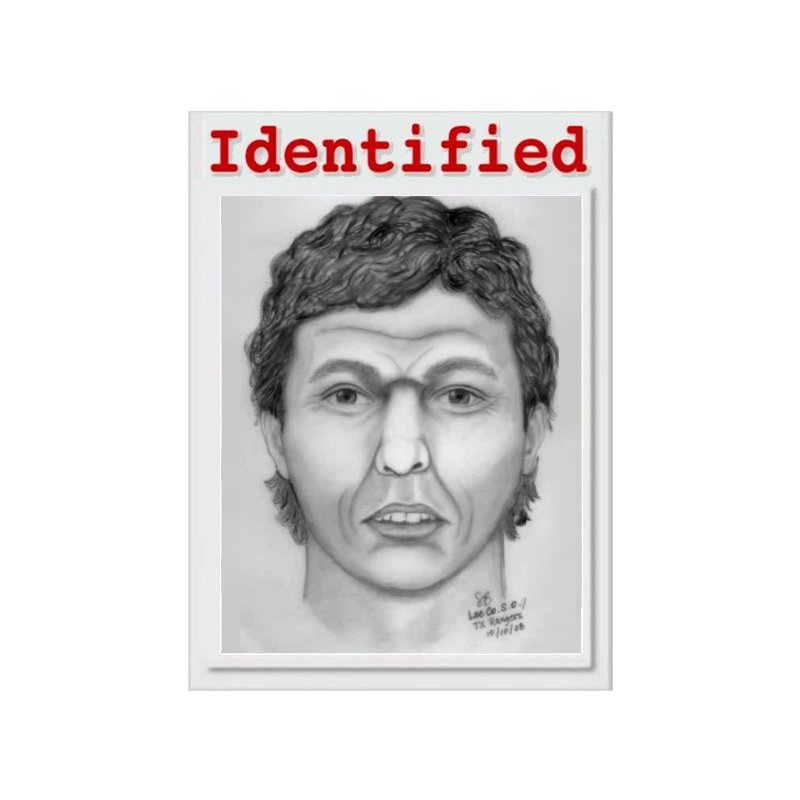 Description
On November 17, 1984 the skull and other skeletal remains, along with some soft tissue, were found in a wooded area in Giddings, Lee County, Texas. A forensic anthropologist estimated the white male, who was between 29 and 38 years old and stood Height 5′ 8 to 6′ 1, had been deceased for at least six months prior to being discovered. The man had an unusual facial feature: a unique frontal bone which made a sharp dip at his nose bridge which more than likely resulted in a rightward deviating nose. In 2008, a police artist created a sketch from the skull of what the deceased may have looked like when alive.

On October 23 2020 the Lee County Sheriff’s Office (LCSO) and the DNA Doe Project (DDP) announced the identity of a man whose remains were found in a field about five miles west of Giddings in November 1984 as James L. Hamm (35). DDP had been working to identify the remains using genetic genealogy since May 2019. 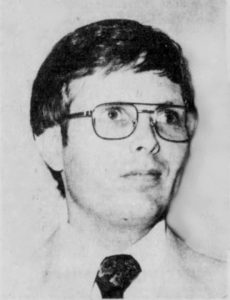 Hamm was born on April 9, 1949 in Escanaba, Michigan and had a career in economic development for different municipalities. He was found as skeletal remains in a wooded area in Giddings, Lee County, Texas on November 17, 1984, however it is believed he died at least six months earlier that year or the year before.

Over the years following the discovery of the skeletal remains, LCSO and the Texas Rangers made a number of attempts to identify the individual. In May 2019 Sheriff Rodney Meyer and Texas Ranger Brent Barina consulted with Kevin Lord of DDP regarding investigative genetic genealogy to identify the remains.

In August 2019 DNA from the University of North Texas was sent to HudsonAlpha Discovery, Huntsville, Alabama for whole genome sequencing, with Dr. Gregory Magoon subsequently handling bioinformatics. Data was uploaded to GEDmatch and FamilyTreeDNA, and a team of volunteers began investigative genetic genealogy research. By June 2020 DDP’s volunteer genetic genealogists were able to provide information that led to a potential relative who was willing to provide a DNA sample to confirm James Hamm’s identification.

DDP wishes to acknowledge the contributions of those groups and individuals who helped solve this case: Lee County Sheriff Rodney Meyer and Texas Ranger Brent Barina for entrusting the case to us; University of North Texas for extraction, testing, and comparison; HudsonAlpha for sequencing; Dr. Magoon, contracting through Full Genomes Corporation, for bioinformatics; DNA Solutions for developing a reference profile; GEDmatch and Family Tree DNA for providing their databases; and DDP’s dedicated team of volunteer genealogists who provided LCSO with an identification. We also want to thank our donors for their generous assistance in bringing this case to fruition.

In addition, the DDP team wishes to thank Dr. Scott Swanson, Professor of History at Butler University, for his extraordinary assistance in providing us with much of his genealogical research and knowledge of genetic heritage that factored into this case.

For more information on the search for the identity of Lee Co. John Doe 1984: