Description
In the early morning hours of August 9, 1976 a man heard a car and gun shots from his home near Locklair Road, a narrow frontage road between Sumter and Florence, South Carolina. Later that day a truck driver discovered the bodies of an unidentified male and female who had been shot numerous times in the chest, throat and back. The young couple carried no money, but investigators believe they may have been well-to-do foreigners who may have been victims of a carjacking. They were a well-dressed, nice looking pair. Initially the two were thought to have been brother and sister, but DNA testing later proved no familial relationship between them.

Status: Identified
On January 21, 2021 the Sumter County Sheriff’s Office (SCSO) and the DNA Doe Project (DDP) announced the identity of a man and woman whose bodies were discovered on August 9, 1976 near Locklair Road, a narrow frontage road between Sumter and Florence, South Carolina. They are James Paul Freund and Pamela Mae Buckley. The pair had been shot repeatedly, and no identification or money was found with the bodies. 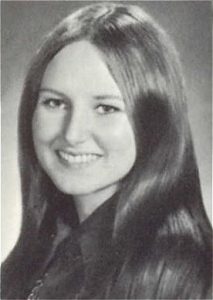 Ms. Buckley was born in 1951 in Redwood County, Minnesota but eventually moved to Colorado where she married.

After more than four decades, all attempts at identifying the two victims yielded no results. Citizen sleuth Matt McDaniel had been following this case for a number of years and suggested SCSO contact DDP.  In June 2019 SCSO was put in contact with DDP.  After DNA extraction and sequencing, Kevin Lord of Saber Investigations in Belton, Texas performed bioinformatics work to produce files suitable for upload to genealogical databases.

After uploading the files to GEDmatch and Family Tree DNA (FTDNA), DDP’s volunteer genealogists identified relatives of interest. Upon exploration of the matching pedigrees, the team was able to produce the names of likely candidates for SCSO. According to team leaders, both cases were solved quickly after FTDNA results were released to the research teams. As team member Jenny Lecus noted, “For 44 years their names were unknown. In about two days they were restored to them with genetic genealogy.”

DDP wishes to acknowledge the contributions of those groups and individuals who helped solve this case: the Sumter County Sheriff’s Office, especially Investigator Charles Bonner; Matt McDaniel for his unwavering interest in seeing the case solved; the National Center for Missing & Exploited Children; DNA Solutions in Oklahoma City and Astrea Forensics in Santa Cruz, California for extraction; HudsonAlpha Discovery for sequencing; Kevin Lord of Saber Investigations; GEDmatch and Family Tree DNA for providing their databases; and DDP’s dedicated teams of volunteer genealogists who provided SCSO with the names of the victims.

Although genealogical research was provided pro bono by DDP volunteers, DDP received generous donations from the listeners of Crime Junkie Podcast, D.E. Ward, and many other individual donors. Their interest and involvement are greatly appreciated.

For more information on the search for the identity of Sumter Jane Doe 1976:

This was a Doe-Nate funded case. The goal of $2,300.  Thanks to the generous pledges of multiple donors, this case was fully-funded.