Belle in the Well 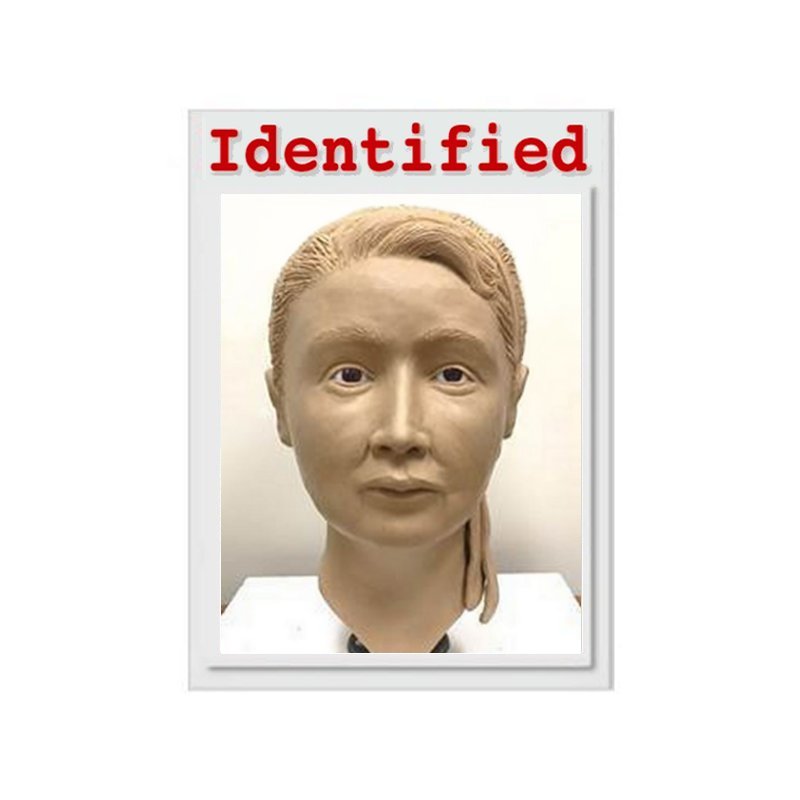 Description
Belle in the Well aka Chesapeake Jane Doe is the name given to a Jane Doe who was found in a rural well in Windsor Township, Lawrence Co., OH, in April 1981.  She was weighted down by a rope around her neck that was tied to a cinder block.  She had been strangled.

Based on the absence of her 12-year-old molars and some evidence of gum recession, Belle’s age was estimated at between 30-60 years old.  She had a noticeable overbite.  She was 5’4″ and weighed about 140 pounds.

The woman was found wearing a pair of grey flannel pants, and a lightweight shirt under a gray pullover.  She also wore a red cable-knit cardigan sweater, with rubber bands around her wrists.  The only items found on her body were the key to a locker at a Greyhound terminal in Huntington, WV, a bus ticket, a pay stub, and a Jerry Falwall commemorative coin.

Authorities say that these leads have not been useful in identifying the woman.  Because of the advanced state of decomposition, her facial features were not recognizable, and no fingerprints were available.  As of February 2018, a total of 241 women have been ruled out.

(DDP) volunteers had identified the Jane Doe known as Belle in the Well as Louise Virginia Peterson Flesher, born on June 16, 1915, in West Virginia.  It took 14 months and thousands of DDP volunteer hours to finally identify Flesher as well as relatives who could be tested to confirm the identity.  The case was difficult because of numerous instances of intermarriage among distant cousins within the community.  However, one parent turned out to be a German immigrant, which the volunteers discovered when a Canadian with German ancestry took an Ancestry DNA test and uploaded her profile to GEDmatch.  The volunteers then located two daughters of Flesher. One was tested for confirmation through CODIS; the results confirmed that Belle in the Well and Louise Flesher’s daughter were a mother-daughter match.  Investigators do not know who killed Belle in the Well or how she ended up in the cistern. The case is still an open homicide investigation.

Read more about the search for Belle in the Well’s identity: