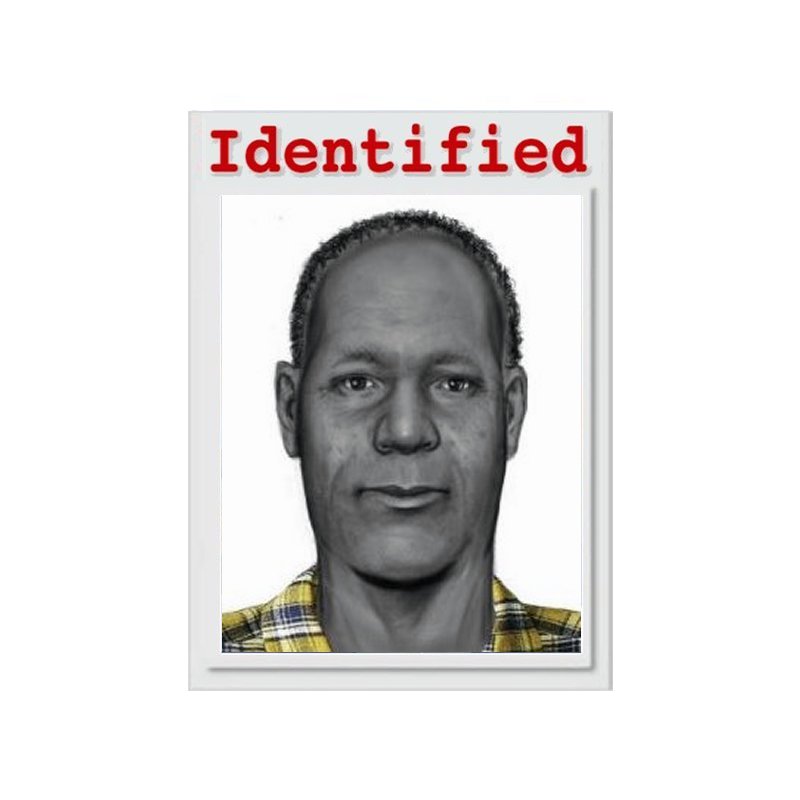 Description
On January 11, 2015, the decomposed remains of a man were found in a shed in Mill Creek, Washington. It appeared as though the man, who is called Mill Creek Shed Man, had been living in the shed. He is thought to have died about a year before he was found, but it could have been longer.

The man appeared to be between 50 and 65 years old, about 5’11” (some reports state 5’9,” some state 6’1”), and African American. The pinky finger on his right hand was missing. Other findings were a “prominent sternal fissure, healed nasal fracture, lumbar scoliosis, and arthritis.”

No cause of death could be ascertained, and there were no signs of foul play. The following information is not confirmed, although it can be found online. There is “local lore” that states that our John Doe had permission to live in the shed from a man who once owned the property on which it was located. A man named Jerry Diggs/Deggs lived on the property where our John Doe was found, but there is no proof he and Mill Creek Shed Man are the same person. Jerry apparently gave his birth date as 12/31/1949. He claimed to be from the East Coast and to have worked as a security guard for a bank. He stated that he was struck in the head during a bank robbery and received a head injury.

On December 23, 2019, the Snohomish County Medical Examiner (SCME) announced the identity of skeletal remains found in a shed in February 2015 as Nathaniel Terrence Deggs, 65 years old at the time of his death. SCMEO confirmed the identity on September 2, 2019 by comparing the deceased’s DNA with DNA submitted by the man’s sister.

Nathaniel Terrence “Terry” (Davies) Deggs was born on December 31, 1949 in Baltimore, Maryland. He had lived in the Bronx, New York, where he served as a security guard in a bank before showing up in Mill Creek in about 1985. “Jerry”, as he became known in Mill Creek, was found dead of unknown causes in the small shack where he had lived for decades. The SCME’s press release stated, “By all accounts Mr. Diggs lived a fairly quiet life during the nearly thirty years he lived on the property. Former tenants stated that he kept to himself, rarely leaving the confines of the shed.”

Initial testing by DDP to obtain an atDNA sequence was unsuccessful. So DDP attempted a second round of sequencing, paid for through Doe-Nate fundraising efforts, which was successful in extracting a usable sequence. The results were uploaded to GEDmatch, and extensive genealogical analysis followed.  Fortunately, a woman had uploaded her DNA to GEDmatch and opted-in to share with law enforcement after our first year working on the case; it turned out she was a match, the man’s half-first cousin.  DDP genealogists were able to build a family tree, which revealed that she and the unidentified man shared a grandfather.

Through her, the DNA Doe Project team continued to reconstruct the man’s family tree and found his half-siblings. His sister provided details about the man’s life,  confirming the link to the man living in the Mill Creek shed.

Jenny Lecus, the lead forensic genealogist, estimated the team of over a dozen genealogists spent a couple thousand hours working to find the Mill Creek Shed Man’s identity.  “He’s very special to us, even though we didn’t get to know him. Every case we have is extremely special, but there was just something extra here,” she said. Jenny remembered how she felt when the Medical Examiner called to tell her about the man’s sister. “That was one of the best days of my life. It was so exciting because his sister said, ‘Yeah, I have a brother called Terry. His real name was Nathaniel, and we haven’t seen him since the late ’70s to early ’80s.'”

The family has plans to move Terry’s remains closer to New York.

DDP wishes to express a huge THANK YOU to everyone who participated in this tremendous effort to identify this man. Specifically we thank: Jane Jorgensen, Snohomish County Medical Examiner who entrusted the case to DDP; the Mill Creek Police Department; the Washington State Patrol Missing and Unidentified Persons Unit and Crime Lab; NamUs; the University of North Texas Health Science Center; Bode Cellmark Forensics; AMD Biotech; Dr. Gregory Magoon with Aerodyne Research; GEDmatch and FamilyTreeDNA; and all the volunteers on the DDP team. We also truly appreciate those who contributed to cover the lab fees.

We also want to thank family members for their assistance and cooperation. Our sincere sympathies go out to them for their loss.

For more information on the search for the identity of Mill Creek Shed Man:
Herald Net article

← Belle in the Well Buckskin Girl →