Description
On October 18, 1983 mushroom hunters discovered four human bodies buried in a shallow grave in a wooded area in an abandoned barn lot off US-41, a half mile north of SR-10 in Newton County, Indiana. Two of the bodies were identified. All four were victims of serial killer Larry Eyler. Forensic investigators determined Brad Doe to be a White/Caucasian male, aged 17 – 23 years old, and approximately 5’5” tall. He had two non-professional appearing tattoos on his right forearm. The young man had severely fractured his nose earlier in life and also fractured his left ankle. Evidence revealed he had been drugged, bound, and stabbed to death sometime between 1981 and 1983.

On April 24, 2021, almost forty years after the remains of four human bodies were discovered buried in a shallow grave off US-41 in Newton County, Indiana, the Newton County Indiana Coroner’s Office and the DNA Doe Project confirmed the identity of one of the men as John Ingram Brandenburg, Jr. of Chicago. He was previously known only as “Brad Doe”. All four were victims of serial killer Larry Eyler. One of the victims still remains unidentified. 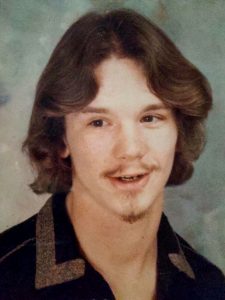 In late 2019, after exhausting all leads, the Newton County Indiana Coroner’s Office, in a combined effort with the Newton County Prosecuting Attorney’s Office, reached out to the DNA Doe Project for assistance with the case. DNA extract was obtained from UNT Center for Human Identification. The process took additional time while UNT ran a Family Reference Sample (FRS) comparison. In January of 2021, the DNA was sent to HudsonAlpha Discovery for whole genome sequencing. In March of 2021, bioinformatics work was performed by Kevin Lord of Saber Investigations in Belton, Texas. This process produced a file suitable for upload to genealogical databases. On April 2, 2021, the file was uploaded to GEDmatch. The top match was a close relative which led to the identification.

Upon confirmation of Brandenburg’s identity, Chief Deputy Prosecutor Rebecca Goddard remarked, “While my heart breaks for this family, I’m thankful that they finally have some of the answers they’ve waited so long for, and I hope this brings them peace. The DNA Doe Project has been amazing to work with. Every person I’ve encountered in the organization has been extremely professional, compassionate, and highly skilled. Newton County is very fortunate to have been able to partner with such a dedicated and knowledgeable group of volunteers.”

Team Leader L. Elias Chan stated, “We greatly benefited from their participation and involvement in our research process, and thank them for entrusting us with Brad Doe’s case. Our hearts are with the family and communities affected by John’s loss. It’s for them that we commit ourselves to assisting law enforcement with these difficult identifications.”

For more information on the search for the identity of Brad Doe:
Newton Co. Coroner Facebook post