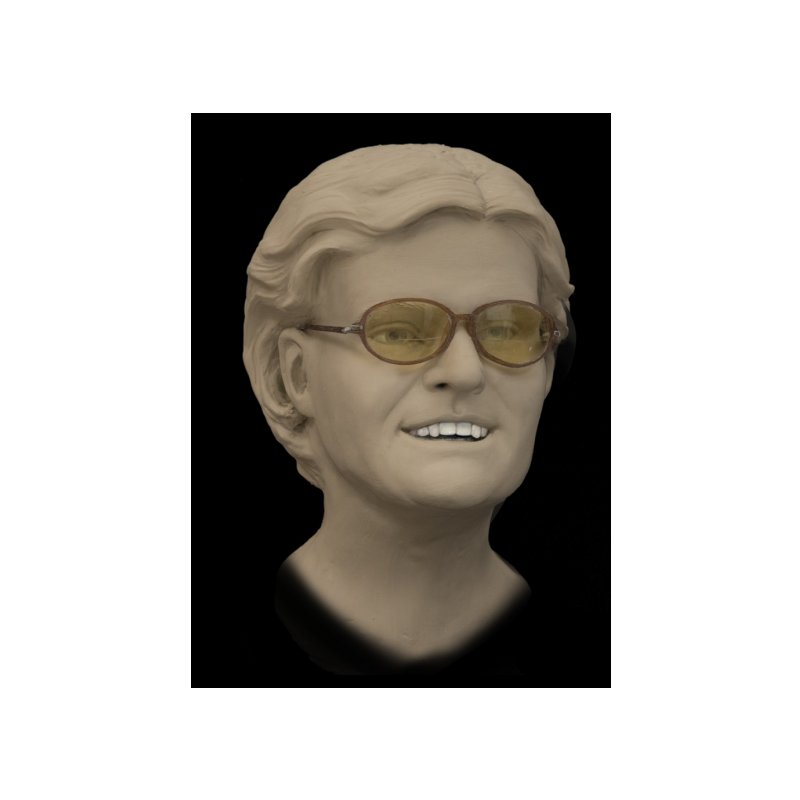 Description
Around 11:00 am on March 17, 2015 a passerby saw a tennis shoe sticking out of the ground near a walking trail just north of the Lone Mountain Cemetery in Carson City, NV.  The responding Investigators discovered human remains wrapped in a sleeping bag buried in a shallow grave.  An autopsy determined the unidentified deceased was a small, white female between the ages of 42 and 71; 4’6 to 5’3 inches tall; and having reddish blonde hair.  The woman was fully clothed wearing a long-sleeve, camo-print thermal type shirt; loose gray elastic waist band sweat pants; and dark colored cargo pants.  Also the woman was wearing white and purple Asics sneakers size 7.  Aristar bifocal glasses were found with the body.  It was believed the deceased had been in the ground for about 12 months before being discovered.