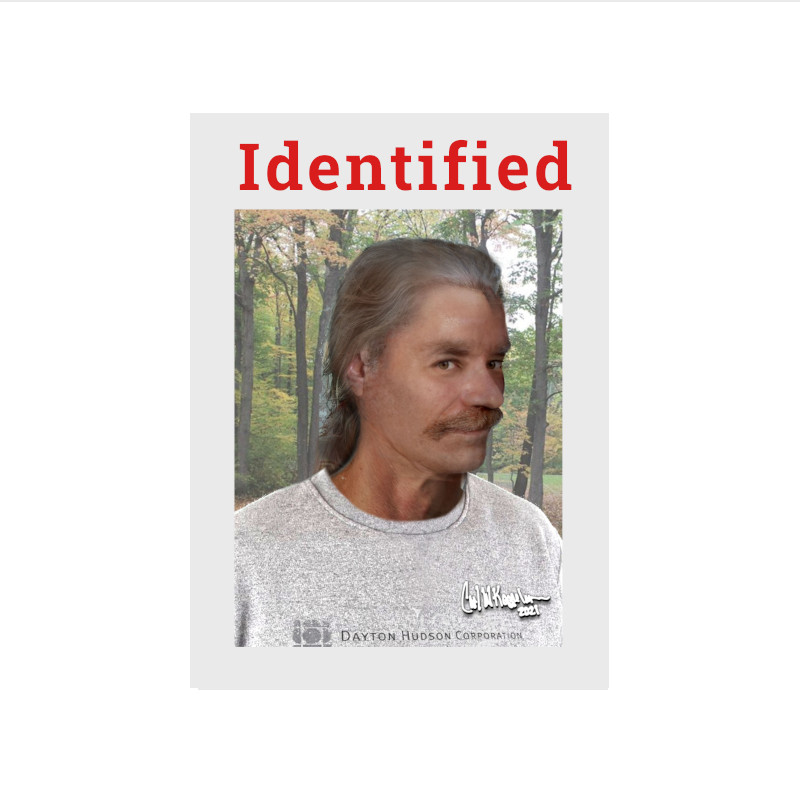 Description
On February 8, 1999 a White/Caucasian man, aged 53-55, was found dead by his girlfriend in his apartment in Webster, Wisconsin. Both the girlfriend and the landlord knew the man as John Lehmann, but he may also have been known as Bobby James Pearson. The deceased’s ears were both pierced; he had several tattoos, including one professionally done on his left forearm, a flower and banner with the word “Debbee.” He stood 5′ 10″ to 6′ 0”, weighed 209 lbs., and had graying hair. He was buried in the Clam Lake Cemetery in Webster as “JOHN DOE.”

After more than two decades, the man known to his friends as John Lehmann and to Wisconsin law enforcement as “John Doe” finally has a name. Robert James Pearson was identified through fingerprints as the 1999 Burnett County John Doe.

Investigators determined that at the time of his death, Pearson had been living under the assumed name of John Lehmann. Efforts were made to locate family members and to confirm the man’s true identity; however, no connections could be made. In May 2020, the case was reopened and the DNA Doe Project became involved to provide investigative genetic genealogy services.

The degraded DNA sample was still being processed by the lab when Pearson was identified using more modern methods of fingerprint analysis. Members of the Sheriff’s Office were able to track down surviving family members to notify them of Pearson’s identification.