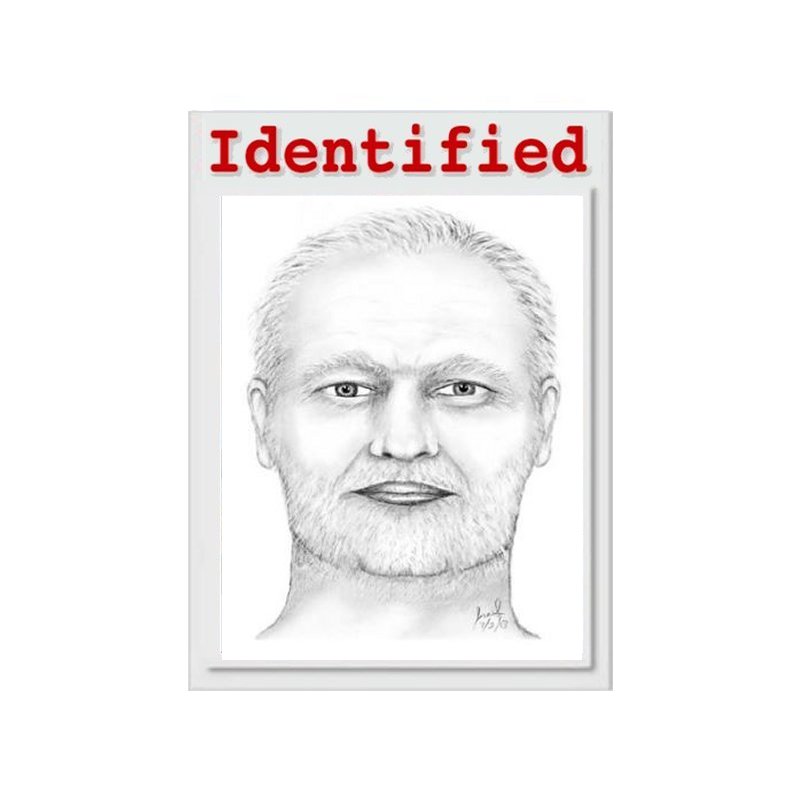 Description
On June 12, 2017 a human head washed ashore on the banks of the Illinois River in Kingston Mines, Illinois. The property owner at the River’s Edge Campground, who picked up the skull thinking it was a Halloween decoration took it into his house until it started to stink. The skull was later linked via DNA to a torso previously recovered on November 13, 2016 in Schuyler County downriver. There was a hole in the skull, which investigators thought at first was a bullet hole, but on closer inspection, actually was blunt force trauma with the skull pushed in. Forensic investigators determined the deceased to be a white male between 30-55 years old.

On January 28, 2020 the Peoria County Sheriff’s Office of Peoria, IL (PCSO) announced the identity of the homicide victim known as Peoria Co John Doe 2016-17 as John Herman Frisch Jr. originally of Peoria, Illinois. The DNA Doe Project, Inc. (DDP) had been working closely with PCSO since February 2019 to search for the victim’s identity through the use of genetic genealogy.

John H. Frisch was born in 1960, and would have been 56-years-old when his body was found in Schuyler County, Illinois in 2016. He used addresses in Peoria, Illinois and Hawaii throughout his life. Peoria County Coroner Jamie Harwood ruled manner of death homicide due to blunt force trauma to the head. Investigators are now concentrating on John’s murder, and are retracing his movements in the days prior to his body being found.

In February 2019, after unsuccessful attempts to identify the victim using traditional methods, the Peoria County Sheriff’s Office contacted DDP. Using pioneering genetic genealogy identification techniques, DDP submitted the victim’s DNA profile to GEDmatch for comparison with other DNA profiles of people who had uploaded their DNA results and opted in. Limited success with matches lead the team to submit the profile to FamilyTreeDNA, which yielded a few higher matches that helped to narrow the search focus even further and eventually led in the direction of John Frisch. Proof of life searches turned up no recent activity. So, on December 27, 2019 DDP sent a tentative identification for the victim to PCSO, after which the Peoria County Coroner’s Office was able to officially confirm the identity through a comparison of dental records obtained from Hawaii.

DDP wishes to acknowledge the contributions of those groups and individuals who helped solve this case: Peoria County Sheriff Brian Asbell, Det. Lee Hoffman, and Lt. Daniel Corpus, who entrusted the case to DDP; Peoria County Coroner Jamie Harwood and his staff; GEDmatch and Family Tree DNA for providing their databases; and, of course, the DNA Doe Project’s talented team of volunteers.

For more information on the search for the identity of Peoria Co John Doe 2016-17: