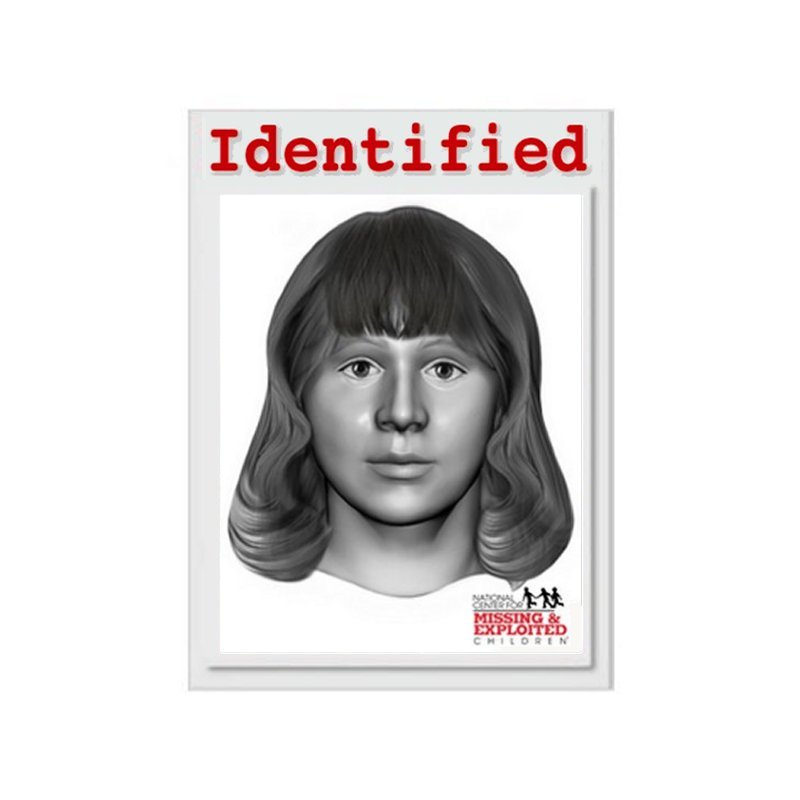 Description
On August 19, 1971 the skeletal remains of an unidentified female were found in a woods off Redwood Highway near the Oregon-California border in an area described as a dump.  The body had been partially covered with debris.

Based on the condition of the remains, it is believed that she had been deceased for several months. Forensic science has determined the girl was a white female between 14 and 25 years of age, 5′ 4″ or 64″ tall, slim, with auburn hair.  She had crooked teeth and was slightly buck toothed. She was wearing a pink and beige waist length belted coat, a tan long-sleeved turtleneck blouse, a pair of Wrangler jeans, and a pair of square-toed brown leather shoes. Based on the jewelry she was wearing, it is speculated she may have a New Jersey connection.  A decomposed map of Northern California camping facilities was found in her right rear pocket, leading investigators to theorize she was on her way to California.  Homicide is suspected.

Annie’s DNA went through two rounds of extraction and sequencing and extensive bioinformatics before we obtained usable data for genealogical analysis. Even so, her closest DNA matches were from England and New Zealand, adding to the challenges of her case. She is the oldest cold case we have solved so far, nearly a half-century after her death.

We wish to thank Dr. Nici Vance of the Oregon State Medical Examiner’s Office for entrusting us with Annie Doe. Our heartfelt appreciation goes to Det. Sgt. Ken Selig of the Josephine County Sheriff’s Office, who worked closely with us in obtaining the confirmation. Thanks, too, to NamUs, and to the National Center for Missing & Exploited Children (NCMEC) for their assistance and support.

The costs of Annie’s tests were funded through NCMEC as well as many of our DDP Fund donors, and by a generous contribution from Officer Stephanie Bourgeois and the Apache Junction Police Department.

Without GEDmatch these breakthroughs could not be made. We thank the many individuals who contributed their DNA data to gedmatch.com, making her identification possible (particularly those matches who were so helpful when contacted.) Tough cases like Annie’s depend critically on the persistence and passion of our dedicated volunteers, and the indispensable bioinformatics work by Dr. Greg Magoon of Aerodyne Research.

Read more about the search for Annie Doe’s identity: https://komonews.com/news/local/human-remains-found-in-woods-nearly-50-years-ago-idd-as-missing-wash-girl