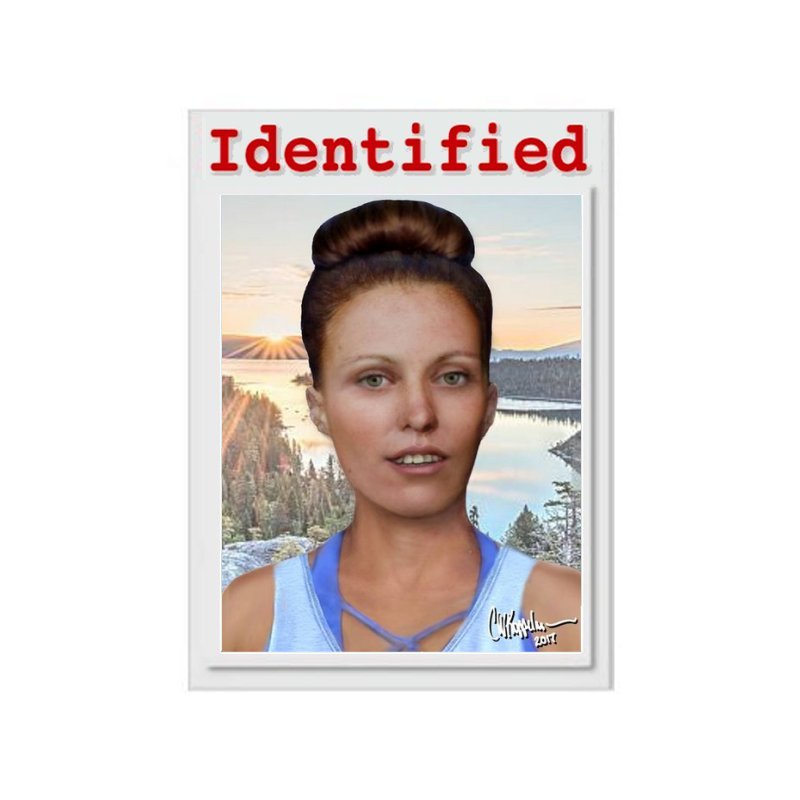 Description
On July 17, 1982 hikers discovered the body of a woman near a popular hiking trail in an area called in Sheep Flats near Lake Tahoe, Washoe County, Nevada. The victim had been sexually assaulted and shot in the back of the head, possibly as she was bending over to tie her shoes. At her autopsy the forensic pathologist reported the deceased was between 25 and 35 years old, 5’ 5” tall, weighed 112 pounds, and had brown hair tied up in a bun. She had hazel eyes. A scar on her abdomen could have been from a Caesarean section. She wore tennis shoes, and over a blue swimsuit a sleeveless blue shirt and Lee brand jeans. The case is being treated as a homicide.

In July 2018, the DNA Doe Project (DDP) announced Sheep Flat Jane Doe had been tentatively identified. DDP continued to work closely with the Washoe County Sheriff’s Office (WCSO) on this case to confirm 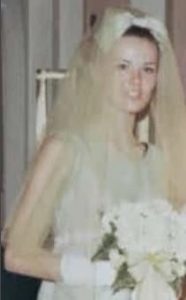 her name. In September her identity was confirmed by WCSO, and then on May 7, 2019 they publicly announce the identification of Sheep Flat Jane Doe as Mary Edith Silvani. She was 33 years old at the time of her death.

Mary Edith Silvani was the daughter of Italian immigrant, John Edward Silvani, born in France, and Blanche Curry, born in Canada. Mary grew up in Michigan and attended high school there. The suspect in Mary’s murder has also been identified, by the work of Identifinders International. He was James Richard Curry of Texas and is now deceased.

Many thanks go out to all who dedicated their time and energy to identifying Sheep Flat Jane Doe, both those in law enforcement and the DDP volunteers, and those DNA relatives who graciously offered cooperation and assistance. It took the coordinated efforts of many individuals with diverse skills working many hours to finally uncover the identity of this unfortunate young woman.

For more information on the search for the identity of Sheep Flat Jane Doe: