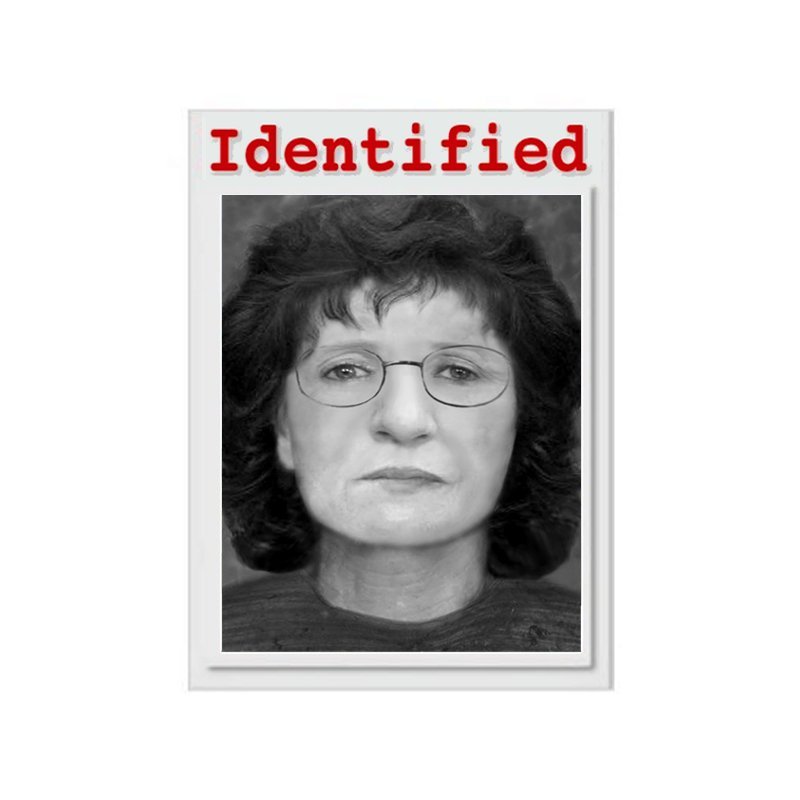 Description:
On March 7, 2015 children found a human skull while playing in the woods off Tylersville Road in West Chester, Butler County, near Cincinnati, Ohio. More skeletal remains were found by investigators and were determined to be those of a white female. She was wearing a short-sleeved pullover, white with thin red and blue stripes. The forensic anthropologist determined the woman had been about 35-60 years old and was approximately 5’6” tall. Her teeth showed expensive dental work. Her hair was long, brown with some gray in it. She had pregnancy scars indicating the birth of at least one child. She had died months earlier, probably in the summer or fall of 2014.

Darlene Norcross was born on November 4, 1953. After marriage and divorce on the East Coast, she moved on her own to West Chester Township, Ohio. Her remains were found in a wooded area in the same township where she lived. Officials reported no signs of trauma to the body; cause and manner of death have not been determined. WCPD continues a homicide investigation into her death.

After several years with no leads in the case, in April 2018 BCCO contacted the DNA Doe Project. DNA extraction and sequencing were accomplished, and data entered into GEDmatch on October 9, 2018. Volunteer genealogists worked the case until January 10, 2019 when a candidate was revealed and reported to BCCO. Subsequently, BCCO confirmed the match to family reference samples and dental records.

DDP wishes to acknowledge the contributions of those groups and individuals who helped solve this case: Dr. Lisa Mannix, Coroner of the Butler County Coroner’s Office for bringing the case to us, Bode Cellmark Forensics for extraction, Fulgent Genetics for DNA sequencing, Dr. Greg Magoon (contracting through Full Genomes Corp.) for bioinformatics; GEDmatch; and our team of dedicated DDP volunteer genealogists for their assistance with the case.