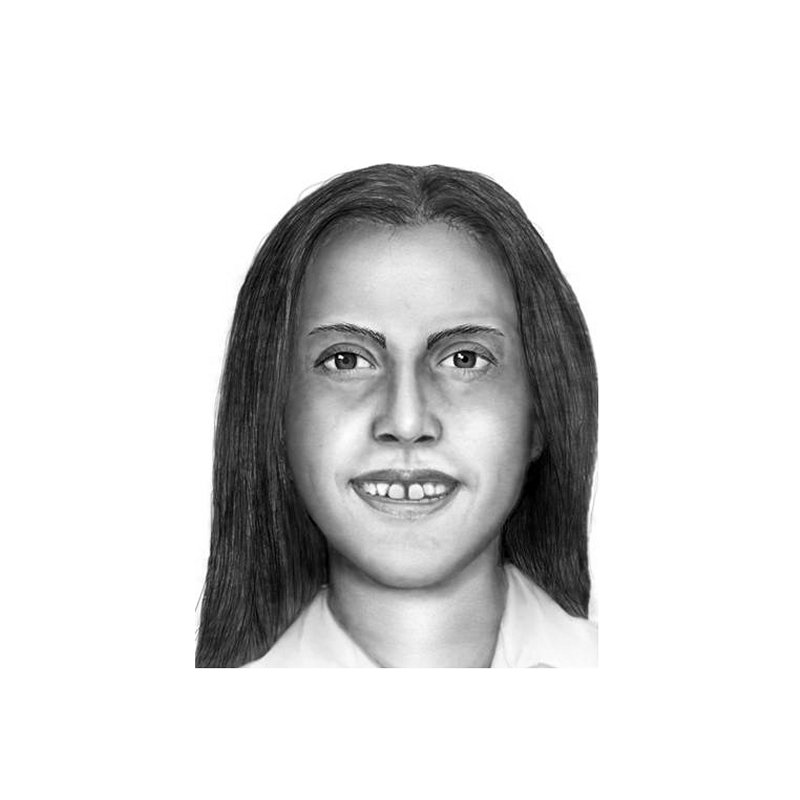 On August 6, 1992, the body of an unidentified female was located in a desert area south of US Highway 60 and west of Idaho Road in Apache Junction, Pinal County, Arizona.

It is believed the Jane Doe had been deceased for approximately 3 to 5 weeks prior to recovery.  Her age at death is estimated between 16- and 18-years-old.  She was 5′ 1″ (61 inches); her weight could not be determined.  She had brown hair in a ponytail, which contained a light-colored elastic hair band. She was found wearing a pair of blue denim cut-off short pants (“Levis” brand; no size can be determined.) and a light colored pullover short-sleeved t-shirt with soccer balls on the front and back (“Team Gear” brand, size Large). She was also found wearing a yellow metal ring with a nugget design on her left ring finger. A Phoenix Transit System token inscribed with the words “Valid for one student fare” was located in her pocket. She had no obvious signs of dental care and her teeth were described as “protruding”.