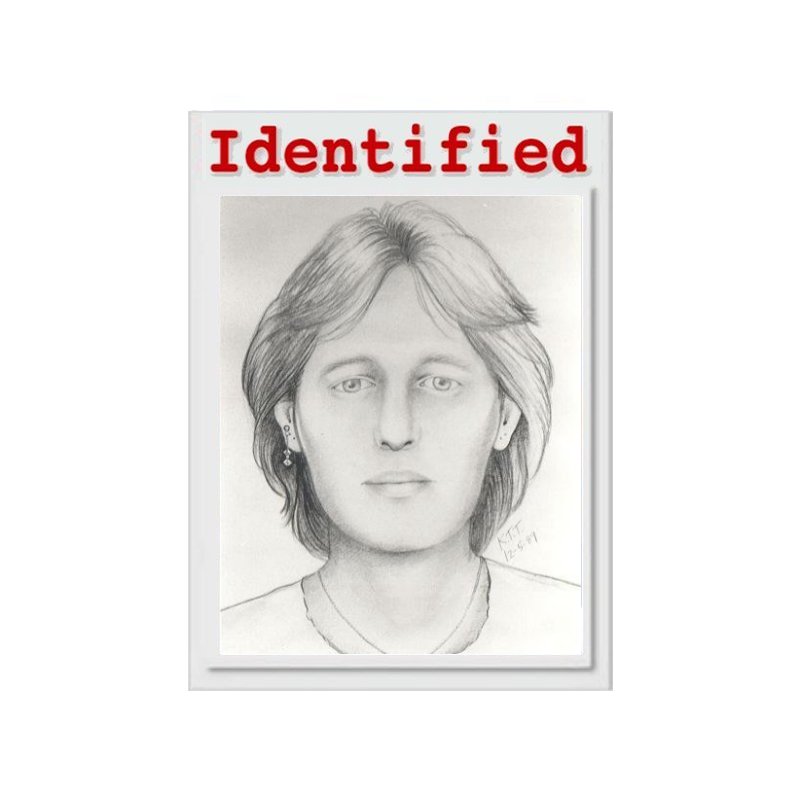 Description
On September 25, 1989 an unidentified white female was found in brush beside Interstate 35 in North Williamson County, Texas. She was shot multiple times. The forensic anthropologist determined she was 18-24 years old and had died 1-2 weeks prior to being found. She was 5’1” tall, weighed 115 lbs., and had straight brown hair.

When found she was wearing a white t-shirt with “Cinco De Corona” and “Celebrate Corona” logos with the sleeves and bottom cut like fringe over a bra. She had on bikini panties under black knit pants, but no shoes. She wore one earring and 16-18 inch necklace consisting of one white bead in the center of four gold-colored beads. Her right ear was pierced 3 times, her left ear pierced 2 times. She had an appendectomy scar on her abdomen. She is known as “Corona Girl” for her t-shirt.

On January 15, 2020 the Williamson County Sheriff’s Office of Austin, Texas (WCSO) announced the identity of the homicide victim known as Corona Girl as Sue Ann Huskey of Sulphur Springs, Texas. The DNA Doe Project, Inc. (DDP) had been working closely with WCSO since April 2018 to search for the victim’s identity through the use of genetic genealogy.

Sue Ann Huskey was born in 1972 in Michigan, the youngest of seven children. When in grade school she and her family moved to Arkansas, and then to Texas. She was last seen at age 17 in Sulphur Springs in early 1989 and had not been heard from since.  Sue Ann died from gunshot wounds sometime in early September 1989, and her body was discovered by highway workers in brush beside Interstate 35 in North Williamson County, Texas on September 25, 1989.

In April 2018, after unsuccessful attempts to identify the victim, the Williamson County Sheriff’s Office, Cold Case Unit contacted DDP. Early attempts to extract DNA from her remains failed. In July 2019 bone and tooth samples were sent to the International Commission on Missing Persons (ICMP) in The Hague. ICMP was able to extract sufficient DNA to allow DDP to create a GEDmatch-compatible kit and to proceed with genetic genealogy analysis. In December 2019 Kevin Lord, DDP Team Leader for the Corona Girl case, notified WCSO of a tentative identification which was confirmed by a DNA sample provided by members of the victim’s family. The Sheriff’s Department is now focusing their attention on solving Sue Ann’s murder.

We also thank family members for their assistance and cooperation. Our sincere sympathies go out to them for their loss.

For more information on the search for the identity of Corona Girl:
https://www.kxan.com/news/local/williamson-county/corona-girl-identified-ending-30-year-old-williamson-co-cold-case/?fbclid=IwAR0qPa_LykLV8iExUtjDcEjkpPyf2TuEphFVxGkNY0qQfTi7Wv6eUoHsh88